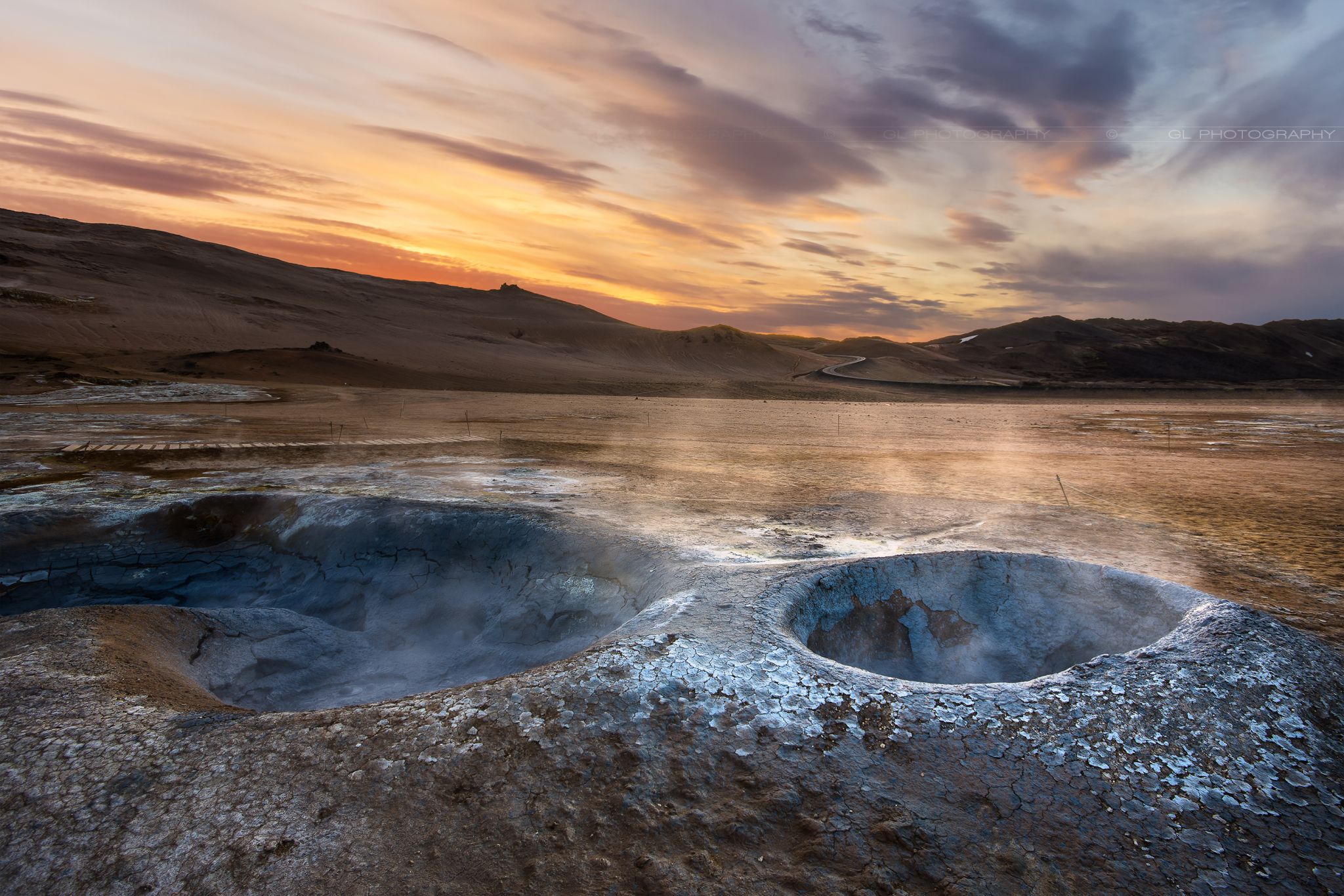 The varied, majestic landscape of Iceland has made it a popular destination for filmmakers. They flock to Iceland looking for backdrops of thundering waterfalls, lush forests and towering glaciers.

Most recently, the cinematographers behind the smash HBO drama Game of Thrones have raised the nation’s profile. They have also boosted its tourism numbers by selecting Iceland to represent life Beyond the Wall.

Iceland’s frozen landscape is featured as home to Wildlings, White-Walkers and Crows. Seasons 3, 4 and 7 relying heavily on shoots in Iceland to set the scene for the epic action depicted in the script.

The eighth and final season comes April 2019. However, fans are already predicting plenty of footage from the Land of Fire and Ice.

As Game of Thrones viewers count down the days until new episodes arrive, let’s look back at some of the key Icelandic locations that have formed the visual foundation of the show’s story line.

The Svinafellsjokull Glacier was first featured in Season 2, illustrating the land Beyond the Wall. This snow-covered landscape in the Skaftafell National Park is sometimes known as the Hollywood Glacier. This is due to its use in many popular films recently, including Interstellar and Batman Begins. Unfortunately, the glacier’s popularity—both as a filming location and a tourist destination—is hastening its demise. Climate change and human activity are causing the glacier to melt at an alarming rate. Currently, Svinafellsjokull is unsafe for people to walk on. This is due to the risk of rockslides and avalanches. However, tours of the nearby Vatnajokull Glacier are still available.

Myrdalsjokull Glacier is shown in Season 2 as The Fist of the First Men. This is a hill in the haunted forest Beyond the Wall that serves as a protected fighting position by the First Men. Not far from the glacier lie the rolling hills of Hofdabrekka on the country’s southern coast. This area depicts harsh landscapes of Northern Westeros. The black sand beaches near the town of Vik showed up in the show’s seventh season. Fans who want to experience this aspect of GoT life can book an ice cave tour at the glacier. This offers an unforgettably unique glimpse of Wildling terrain.

Lake Myvatn in the northeast part of the country has appeared in multiple scenes on Game of Thrones. This includes one in Season Three in which Mance Rayder and the Free Folk temporarily settle on the nearby Dimmuborgir lava field. Also, the area around the lake provided the setting for an attack scene featuring Samwell Tarly, Lord Commander Mormont and a band of White Walkers. In addition to its status as a destination for GoT fans, Lake Myvatn is the “Northern Lights Capital of the North”. It is a paradise for birdwatchers. Find our more about Myvatn in our article Things to Do in and Around Myvatn, Iceland.

Also located in northeast Iceland, Grjotagja Cave was the inspiration for the place where Jon Snow and Ygritte consummated their love affair in Season 3.

Although the scene itself was filmed in-studio, producers had the real-life cave in mind when creating the set. The small cave is a stunning place to visit. However, travelers should think twice before planning to swim in the geothermal spring inside. From 1975 to 1984, the Krafla volcanic system erupted nine times. This caused the water’s temperature to skyrocket above 120 degrees Fahrenheit. The pool has since cooled some. However, its temperature is still too unpredictable for bathing due to the magma simmering just a mile below the surface.

Thingvellir National Park plays a prominent role in Season 4. Perhaps the season’s most memorable moment being the journey to Eeyrie by Arya and The Hound. The park is the location of the unforgettable swordfight between The Hound and Brienne of Tarth. Just a short drive from the capital city of Reykjavik, Thingvellir is a massive park in southwestern Iceland. It is located on the northern shore of Lake Thingvalla. For more than 800 years, the park served as the meeting place for Iceland’s Parliament. It remains one of the most historically and culturally significant landmarks in the country.

The park has extremely unique geology. It is the only place in the world where the divide between the North American and Eurasian tectonic plates is clearly visible. In fact, you can even snorkel between plates. The park warrants a stop for any visitor to the country. It is almost always included on Golden Circle tours.

Not far from Lake Myvatn is Hverir, a geothermal area known for its pungent sulfur springs and boiling mud pits. The site is a popular location for television and movie shoots due to the natural steam rising from the ground, creating an ethereal, otherworldly atmosphere equally suited to prehistoric times and alien planets.

In the early episodes of Season 3 of Game of Thrones, Samwell Tarley is shown struggling through a harsh blizzard. In reality this is effect is created by mist and steam emanating from mud flats of Hverir.

While striking, stops at Hverir result in overwhelming rotten-egg smell of the sulfur gases escaping the earth. Prepare yourself!

Kirkjufell Mountain made its Game of Thrones debut in Season 6, but figures even more heavily in Season 7, providing the backdrop for Jon Snow and company as they march north to battle the army of the dead. This majestic mountain also appears in The Hound’s ominous vision of the dead wandering past an arrowhead-shaped mountain. Towering high above the town of Grundarfjördur on the Snæfellsnes peninsula, Kirkjufell is widely considered Iceland’s most picturesque mountains. It is a must-see destination for all visitors, not just GoT fans. On your way to the mountain, don’t miss the equally picturesque Kirkjufellsfoss waterfall located nearby.

As the setting for Eastwatch-by-the-Sea in Season 7, the cliffs of Dyrhólaey first appear in the season’s fifth episode. This is when Jon Snow, Jorah Mormon and Gendry arrive on the black-sand beach ahead of their visit to the Brotherhood Without Banners. Located near the village of Vik on Iceland’s southern coast, the cliffs make up a small peninsula that was once a proper island. In the summertime, it’s an excellent location for spotting the country’s famed puffin population. Spring nesting season can restrict access, though.

Stakkholtsgjá Canyon in southern Iceland sets the scene for the Wight ambush in Episode 6 of Season 7. During this, Jon Snow finds himself surrounded by the dead in a failed attempt to capture a Wight.

The canyon is located in Thorsmork—the “Valley of Thor”—nestled between the glaciers of Tindfjallajökull and the infamous Eyjafjallajökull volcano. Its lush, moss-covered hills and abundant birch forests surrounded by rocky peaks make it a stunning destination for hiking. Visitors can see the two new craters formed during the 2010 eruption of Eyjafjallajökull. The craters were dubbed “Magni” and “Modi.” These mean “brave” and “strong,” in honor of the Norse god Thor’s sons.

A reconstructed Viking-era farm located in the Thjorsardalur Valley of Iceland’s southern highlands, Thjodveldisbaer Stöng was used to film Olly’s village in Season 4, Episode 3. In the episode, the Wildlings attack a village and leave only one survivor: a boy named Olly. The reconstructed farmhouse and church on the site are accessible to visitors, providing information about the site’s original medieval inhabitants and their way of life. The eruption of the Hekla volcano in 1104 destroyed the original farm. Modern excavations of the site provided artifacts and other evidence that shaped the reconstruction.

While you’re in the area, you might also want to reserve some time to see Hjalparfoss. This double waterfall sits nearby.

One of the country’s best-known waterfalls, Gullfoss is located in southwestern Iceland’s Hvita River canyon. The massive falls change their appearance according to the season, displaying vibrant green moss and plant life during the warmer months and icy swells in the winter.

Gullfoss is typically included as part of any Golden Circle tour, and while it hasn’t shown up in Game of Thrones yet, the crew has been spotted filming there. Even if the footage never makes it to your television screen, the waterfall is a not-to-be-missed attraction for visitors to the country.

For die-hard Game of Thrones fans, a trip to Iceland is a dream vacation. These vacations pack with breathtaking scenery and stunning landmarks. They carry additional meaning thanks to their association with the show’s most memorable moments.

Use this article to help you plot your course or join one of the Game of Thrones-themed excursions available from several different tour companies. Either way, you’ll get the incredible experience of walking the same paths as Jon Snow, The Hound and the other inhabitants of Westeros.