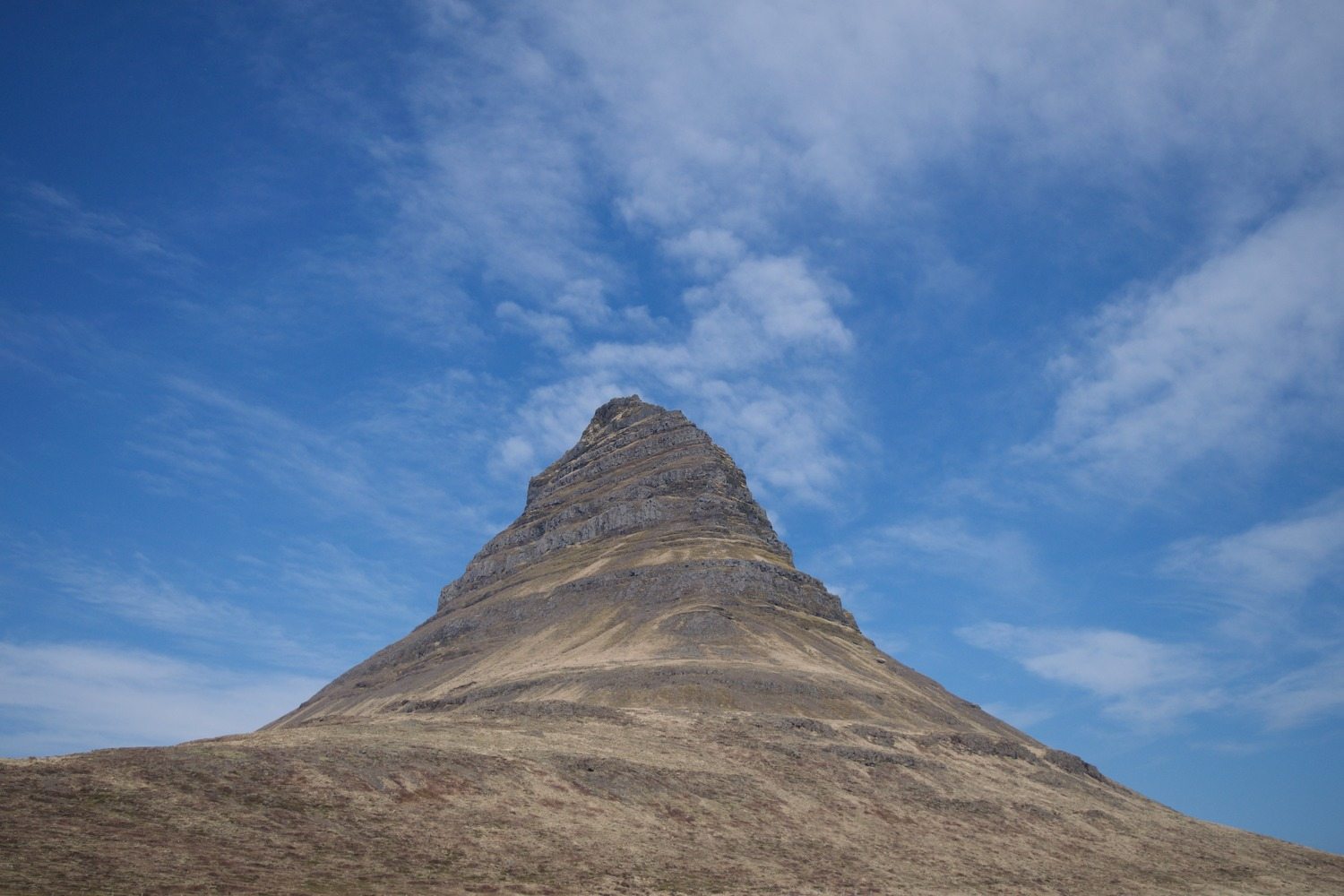 Iceland is becoming increasingly popular among tourists from all over the world; both those who have already visited it and those who are planning a trip to Iceland must have Kirkjufell and Kirkjufellsfoss on their list. In fact, it’s hard to imagine going to Iceland and not visiting these two unique tourist attractions.

If you haven’t heard of Kirkjufell and Kirkjufellsfoss, it’s high time that I told you all about them. The name Kirkjufell means “church mountain” since some people claim that the mountain resembles a church. Danish travellers used to call it Sukkertoppen (Sugar top) but that name didn’t stick.

This isolated mountain is located in the Western part of Iceland, on the North Coast of the Snæfellsnes peninsula. It takes more than two hours via a paved road from Reykjavik to Grundarfjörður by car; however, that doesn’t prevent crowds of visitors from coming equipped with their cameras all year round.

Also, one of the famous Game of Thrones scenes was filmed at the mesmerizing Kirkjufell location, which has only made the mountain even more popular.

The location and its unique structure make it seem like Kirkjufell is rising from the ocean, making it an amazing photo opportunity. Plus, the walk to the top presents an exciting adventure for brave-hearted visitors. However, since there have been fatal incidents, I recommend against hiking to the top, even in summer. The narrow trails leave almost no room for mistakes. On the way from Grundarfjörður to Kirkjufell, there is a breathtakingly beautiful waterfall called Kirkjufellsfoss. In fact, there are actually three waterfalls that form in the river Kirkjufellsá but they all share the same name.

The waterfall drop is relatively short (around 5 meters), but what makes it special is that from a particular angle, Kirkjufellsfoss stands in front of Kirkjufell, making a surreal background for all photography lovers.

I definitely recommend stopping at Kirkjufellsfoss since it very easy to get to. Moreover, it’s on the way to Kirkjufell, which is probably your main destination. You can park your car on the small parking lot located close to the waterfall and walk to get as close as possible to the water.

Even on its own, Kirkjufell is one of the most photogenic landscapes in Iceland. Now, imagine the scenery with the addition of Northern Lights and you will understand why this location is so special.

If catching the area bathed in dancing Northern Lights is what you are after, I recommend visiting Iceland in winter and praying for a cloudless night. Witnessing the phenomenon isn’t uncommon at all; in fact, since Kirkjufell is located further north than some other places in Iceland such as Reykjavik, that makes Aurora Borealis more likely to occur.

Both Kirkjufell and Kirkjufellsfoss are unique locations that have inspired many amateur and professional photographers. It’s safe to say that these two attractions are the reason some people decided to visit Iceland in the first place.

One of the most classic photos people love to take home with them is the one which includes both the mountain and the waterfall.

If you decide to visit Kirkjufell and Kirkjufellsfoss, I advise wearing good shoes. The area can get very muddy. Plus, the weather isn’t always comfortable. Also, be prepared to walk, since the area is best experienced on foot.